EE has announced the Eagle, a 4G Android 4.2 Jelly Bean tablet that costs £199, with the company saying it intends to take on the iPad Mini.

There is also 16GB of internal storage that is expandable by 32GB using micro-SD. The Eagle 4G tablet runs Android 4.2 Jelly Beans and will launch in the UK on 28 May.

EE chief marketing officer Pippa Dunn said the tablet was designed to compete directly with the iPad Mini but the technical specifications don't back this claim up. 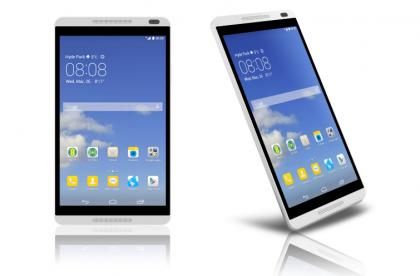 The Eagle is made by Huawei and bears a striking resemblance to the company's MediaPad M1 , albeit with slightly different specifications. EE said it had "worked hard" to customise Huawei's tablet for its customers.

EE also announced three new 4G Wi-Fi hotspots, designed for cars, kids and professionals. The Buzzard is "ideal for the school run" and plugs into a car cigarette lighter or powered USB port, turning the vehicle into a 4G hotspot. 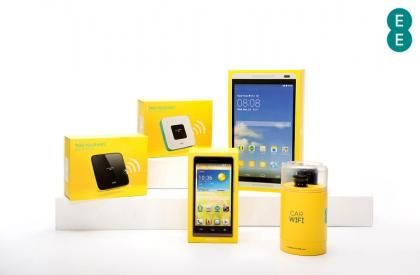 The company emphasised that it is designed for passengers, not drivers. Up to 10 devices can connect to the Buzzard at once. The dongle comes in a large yellow canister designed to fit into a car cup holder for easy storage.

The Kite is a slim, black and silver pocket-sized 4G hotspot for professionals, while the Osprey is a more "durable" hotspot designed for "younger, more mobile users".

All three devices are available on a range of plans, both one month and 24 month, with prices starting at £10 per month plus upfront costs of between £19 and £29.