The Microsoft Store has cut the price of the HP Stream 7 Signature Edition to just £74.99, as the price of Windows tablets continues to plunge south. The Stream 7 is - as the name suggests - a 7in compact tablet that originally went on sale for £99.99 late last year.

The tablet has a fairly rudimentary specification: an Intel Atom processor, 1GB of memory, 32GB of solid-state storage and a claimed eight hour battery life. However, it's the extras that are thrown in with it that make the Stream 7 even more tempting at that price. It includes a year's subscription to Office 365 Personal, which can be used on one PC as well as the tablet, and would cost £60 in its own right if bought from Microsoft. Stream 7 owners also get 1TB of OneDrive storage for the first year, which goes some way to compensating for the lack of onboard storage.

This is also a Signature Edition device, which means you don't get any of the bundled apps and junk that are normally pre-loaded onto Windows devices - it's a clean installation, which won't waste any of that scarce storage space.

The only real stumbling block for the Stream 7 will be the selection of apps available to owners. Although the Windows Store is in better health than many of its critics suggest, there's still nowhere near the breadth or quality of apps that you'll find for Android or iOS tablets. With such a limited specification, the Stream 7 may also struggle to cope with 3D games.

Microsoft has helped manufacturers drag down compact Windows tablet prices by waiving its operating system royalties, giving away Windows 8.1 for free to try and boost its share of the market. If selling 7in tablets for less than a weekly shop in Tesco doesn't boost sales, nothing will...

You can order the HP Stream 7 from the Microsoft Store here . 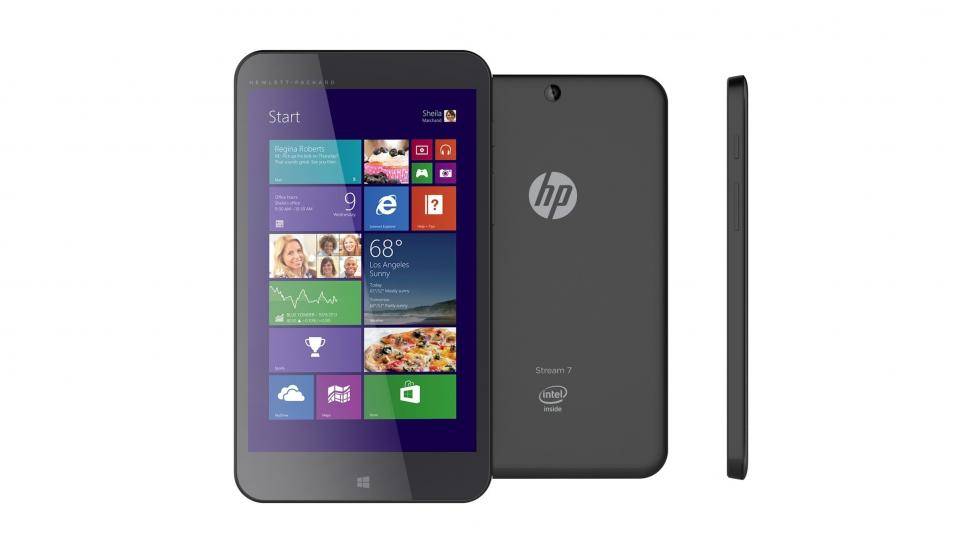