Remember the Surface Studio ? It’s arguably the coolest computer Microsoft’s built, but nearly two years after launch, its specs feel stale. In fact, the device already felt pretty under-powered back in 2016 due to its choice of some mobile components and a last-gen graphics card. 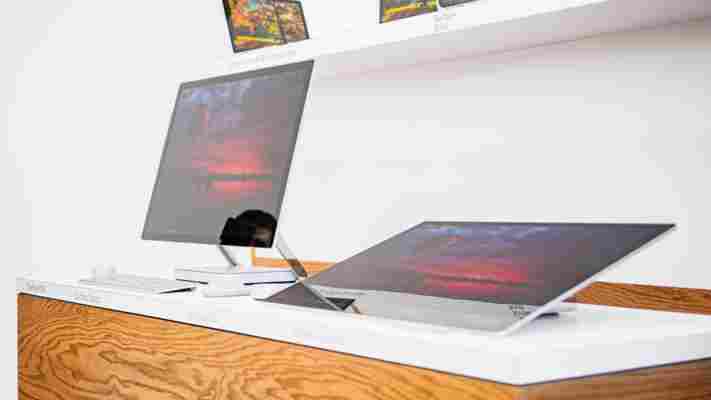 That’s why it’s pretty disappointing to see supposed benchmarks of its successor aren’t indicating the performance bump we were hoping for. Windows Latest noticed a Surface Studio 2 appeared on Geekbench yesterday, sporting a last-generation i7-7820HQ processor coupled with 32 GB of RAM.

The 7820HQ was launched in early 2017. F or comparison’s sake, it’s only about 8 percent faster than the 6820HQ in the original Surface Studio. Sometimes processors don’t improve much between generations, but the apparent choice is odd because Intel made a significant leap with its 8th-generation chips this year.

Intel has added two cores to most of its processor lines,  yielding significant performance gains especially in multi-threaded operations. Where the i7-7820HQ achieves around 4,600/16,000 single-core and multi-core scores in Geekbench 4, this year’s i7-8850H manages around 5,000/22,000.

That said, take this all with a grain of salt. There will likely be other configurations – though it would be odd to mix-and-match processor generations – and this wouldn’t be the first time leaked benchmarks turn out to be wrong. I sure hope that’s the case this time around, but we’ll likely find out more come October 2 .